Where to start talking about a building game? So, last time on Dev Diary™… I said I’d kick off by talking about some of the key pillars in Dracula’s Castle. And so today, after a brief detour to talk about Sim Tower, let’s dive right in with our first topic – building! (I guess this is appropriate, y’know, for a building game…)

Like so many of the great building games out there (let’s not try to reinvent the wheel too much), you’ll start the game with a limited set of prebuilt rooms, these being Dracula’s quarters at the top and the entrance to the castle at the bottom. We’re calling these rooms our foundations as they’re the gateways to the rest of the game’s mechanics. (Also I guess that’s what you put pillars on? –Marketing Ed.)

In our alpha build at the moment, the castle is full size but what I’d like to do is add a mechanism where you must build floors as you go (possibly tied to the labour resource), and as you do this, the physical height of the castle increases. This building upwards might be a good analogue to Dracula gaining more and more power as the game progresses.

Not a bad view from the top of the dark castle.

This would mean that Dracula eventually gets a moonlit penthouse/throne room to pace around in while he mulls things over. For this design I’ve got strong imagery of the opening level of a certain PSX platformer (and one of my all time favourite games) in mind but with a bit more Bram Stoker.

And essentially these quarters are where you’ll be able to customize Dracula (more on that later) and manage various castle affairs.

I’ll have more to share on this gameplay mechanic later on as it will tie into the castle’s monster menagerie, loot, stats/equipment and other systems. 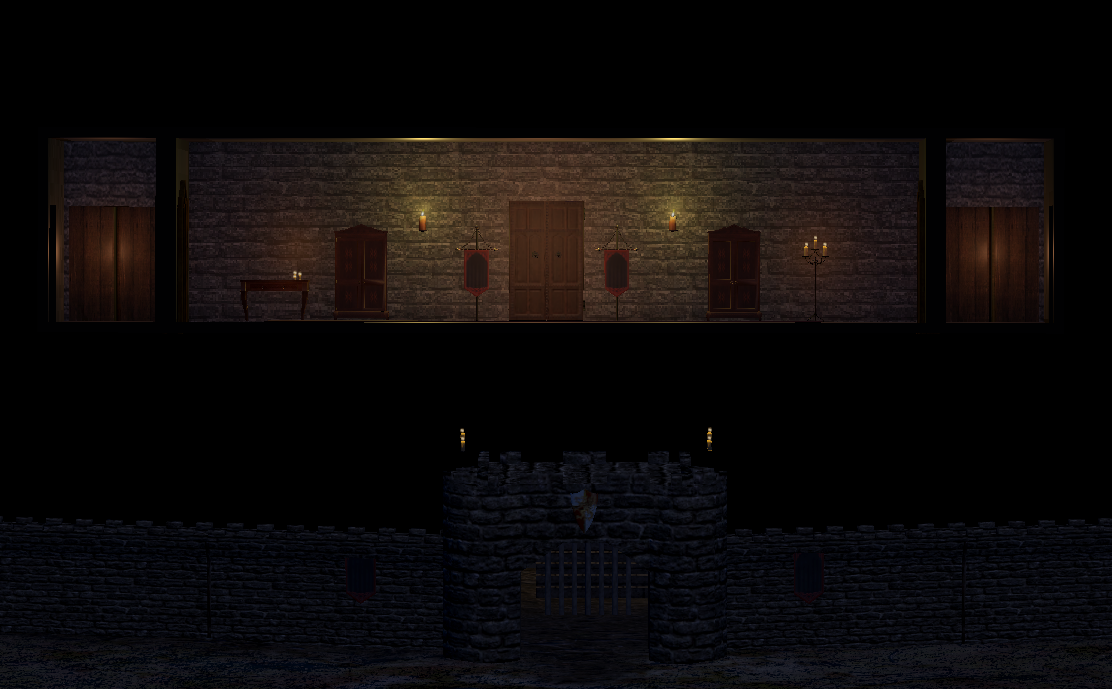 Every good building game needs to make a great entrance.

And that’s it for this entry. Thanks for reading! Going forward with the diary entries on building, I’ll get into more detail around the different room types you’ll be able to build in the game and what they mean in terms of the overall game mechanics.

PS: Feel free to join our Discord server to chat about the game concepts as development continues.

What if you could be Dracula?